The Instituto de Tecnología de Valencia and the Universitat Politècnica de València have presented the Medicarama Chair in Technology and Health, which aims to develop health technologies, promote and disseminate scientific advances and codes of good practice, as well as boost innovative digital education solutions in the field of healthcare.

José Manuel Martínez, CEO of the Instituto de Tecnología de Valencia and a graduate in Telecommunications Engineering from the UPV, and Pepe Capilla, Rector of the Universitat Politècnica de València, along with other representatives from both organisations, took part in the presentation ceremony.

Satisfaction with the collaboration

According to José Manuel Martínez, CEO of the Instituto de Tecnología de Valencia, the Medicarama Chair is an opportunity in many ways because “it allows us to collaborate with other companies and organisations for the benefit of society. Likewise, maintaining close contact with the UPV community makes it easier for us to keep a close eye on the progress of technology and learn more about the different research and innovation groups at the UPV to identify possible collaborations. Finally, the relationship with students always brings youth, dynamism and new ideas to the companies”. The CEO of the Instituto de Tecnología de Valencia has expressed his satisfaction at being able to collaborate with the university where he studied and to be able to contribute to society and the UPV, thanks to the training he received.

UPV professor José Millet, director of the Medicarama Chair, said that the Chair will promote activities of general interest to society and university students, such as prizes for the best projects, idea competitions and hackathons, as well as master’s degrees, courses, seminars, workshops and conferences on the use of new technologies in healthcare organisations.

On the other hand, research actions will be developed to explore machine-student interactions for learning and evaluation with artificial intelligence of health professionals.

Finally, the Chair will advance learning methodologies for these professionals through the use of technology, as well as promote the use of the same; it will also provide UPV students and staff with knowledge about health areas and promote active ageing and healthy living.

The Instituto de Tecnología de Valencia aims to provide higher and continuing education in the field of medicine and health, as well as training and further education services and career development in the health sector, the publication of publications and the organisation of scientific projects and events.

The Instituto de Tecnología de Valencia has collaborated for years in training UPV students in the field of Telecommunications and Biomedical Engineering by means of internships in companies.

Eduardo Rojas Briales, professor at the School of Agricultural and Environmental Engineering (ETSIAMN) and researcher at the ITACA Institute of the Universitat Politècnica de València, has been appointed member of the Advisory Committee of the CIHEAM (International Centre for Advanced Mediterranean Agronomic Studies), an intergovernmental organisation created in 1962 under the auspices of the Council of Europe and the OECD.

This entity seeks to promote cooperation between Mediterranean countries through postgraduate training and the promotion of cooperative research in agriculture and natural resources.

To this end, it carries out problem-solving activities structured around four main lines of action: protection of the planet, inclusive development, food security and crisis and resilience to contribute to conflict resolution.

With the appointment of Eduardo Rojas, there are now two professors from the ETSIAMN who are linked to this organisation, following the appointment of Raúl Compés as director of the International Centre for Advanced Mediterranean Agronomic Studies (CIHEAM) Zaragoza.

Who is Eduardo Rojas?

Eduardo Rojas Briales holds a degree in Forestry Engineering from the University of Freiburg (Germany) and a PhD in Forestry Engineering from the Polytechnic University of Madrid. Since 2001 he has been a lecturer at the ETSIAMN, where he has taught forestry, sustainable forest management, European forest resources, nurseries and reforestation, landscaping and gardening, pastureland, forest breeding, renewable energies, disturbances, and climate change and fires.

Related to his university activity, in 2004, he was appointed Deputy Director of Academic Coordination of the ETSIAMN, being a key figure in developing the curriculum of the new Degree in Forestry and Natural Environment Engineering. He is currently a member of the University Institute of Information and Communication Technologies (ITACA) of the UPV. From 2017 to 2020, he coordinated the training programme that the Indian Forest Service organised for its future foresters abroad.

He is currently the Dean and President of the Official College of Forestry Engineers and the Association of Forestry Engineers, positions he has held since 2016. He is also the president of the Programme for the Endorsement of Forest Certification (PEFC), “the most important forest certification organisation in the world”, and since 2022 he has been a member of the board of trustees of the Fundació Pau Costa.

Previously, he was Assistant Director-General of the FAO and head of its Forestry Department (2010-2015) and UN Commissioner-General for Expo Milano 2015. He has also been the coordinator of Juntos por los Bosques (2016-22). This platform brings together the entire forestry sector in Spain.

Luis Nuño, a Professor and researcher at the ITACA Institute of the Universitat Politècnica de Valencia, has just published a new paper in the internationally renowned Journal of Mathematics and Music.

Mathematics has always been a solid foundation of music theory. Thus, for instance, we currently use the equal temperament with 12 notes per octave; and, during the “common practice” period (around 1650 to 1900), the compositions are based on “tonal harmony”, specifically chords with 3 or 4 notes (triads or tetrads), whose notes belong to a few types of 7-note or heptatonic scales, mainly the major scale and some types of minor scales. Additionally, given a set of notes, its “complement” consists of the rest of the twelve notes. Regarding “post-tonal” music, since the early 20th century, some composers began experimenting with specific techniques based on transpositions, inversions, and other mathematical relations among the 12 notes.

It is common among musicians to know that a major scale contains 3 triads of the major-chord type. However, what is not so common is to know that, reciprocally, the complement of a major chord (which is a set of nine notes) also contains 3 complements of major scales (which are of the major-pentatonic type). This “complementary reciprocity” is established in the first of twelve recently published theorems. All of them were obtained considering an arbitrary number n of notes per octave (mathematically, for Zn) and relate the contents of the different scale types (with c notes) with respect to the different chord types (with m notes). The results are expressed as vectors and matrices, with a purely mathematical formalism.

From the engineering point of view, the elements of those vectors and matrices are “higher-order autocorrelations”, also known as “k-deck”, which are present in many fields of knowledge. Particularly, the 2-deck is used in “phase retrieval” problems, which arise when measuring a complex quantity (normally, the Fourier transform of a real quantity) and, due to different factors, only the magnitude can be obtained, but not the phase. Thus, the problem is finding the phase from the magnitude, for which some authors have proposed using the 3-deck. On the other hand, a “coded” version of the k-deck, with different values of k, is used in the “reconstruction problem” of specific information from fragments of it, which also gives rise to complex combinatorial problems.

We can find examples of those kinds of problems in such diverse scientific and technological areas as microscopy, holography, crystallography, neutron radiography, optical coherence tomography, diffraction grating design, reconstruction of character sequences, reconstruction of graphs, radar signal processing or quantum mechanics, to name a few.

This paper focuses on the discrete periodic problem and obtaining the vector and matrix relations among the k-deck and other related values, considering from k=0 to k=n, which provides a global insight and a detailed knowledge of these parameters. Furthermore, it seems likely to apply these ideas to other problems. The paper can be downloaded here.

On January 27, at 11:00 a.m. in the Hall of Degrees of the Higher Technical School of of Geodesy, Cartographic and Topographic Engineering (Building 7I), Universitat Politècnica de València, the reading and defense of the Doctoral Thesis “Forest biomass estimation with Sentinel-2 imagery for improved forest management in Mediterranean areas ” by Mr. David Vinué Visús are scheduled.

The ITACA Institute of the Universitat Politècnica de València has organised a conference on innovation, which includes presenting research results, for 23 January.

We look forward to seeing you on Monday, 23 January, and we encourage you to extend this invitation to your contacts of interest.

Our best wishes for Christmas and a 2023 full of projects.

The first conference of the Jeanologia MISSION ZERO Chair: Reduction of water consumption and pollution in industrial processes will take place next Tuesday 29th November at 16h in the ETSII Hall.

Aimed at both UPV students and professionals, the conference will feature speakers of recognised prestige in the academic and research fields as well as in the industrial sector, who will address different technological solutions to improve the use and treatment of water and incorporate more sustainable and environmentally friendly processes.

The programme can be found at the following link.

To attend and receive a certificate of attendance by email, you can register at the following link:

More information on the website of the Jeanologia MISSION ZERO Chair.

On November 24, at 12:30 p.m. in the Innova Room (Building 8G, Access A, 4th floor), Universitat Politècnica de València, the reading and defense of the Doctoral Thesis “Clinical Decision Support Systems for Palliative Care Referral: Design and Evaluation of Frailty and Mortality Predictive Models” by Mr. Vicent Blanes Selva are scheduled.

The Directors of the Doctoral Thesis are Juan Miguel García Gómez, researcher of ITACA Institute, and Ascensión Doñate Martínez.

On December 9, at 11:00 a.m. in the Maxwell Room (4D building) of the Higher Technical School of Telecommunications Engineering, Universitat Politècnica de València, the reading and defense of the Doctoral Thesis “Design and development of a multi-frequency system for microwave heating” by Mr. Pablo Santón Pons are scheduled. 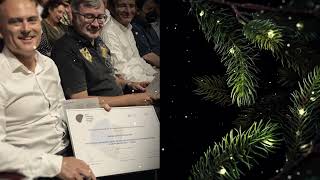 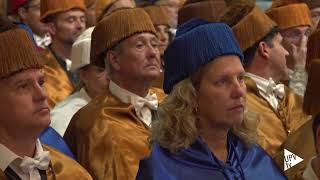 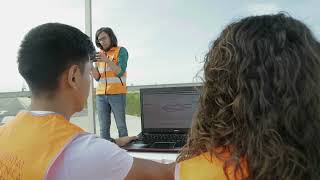 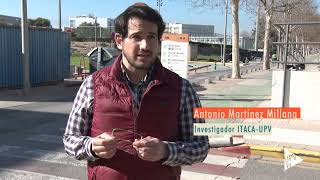 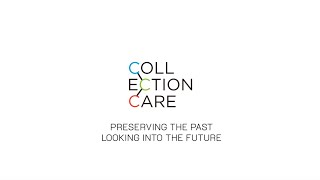 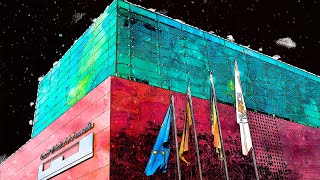 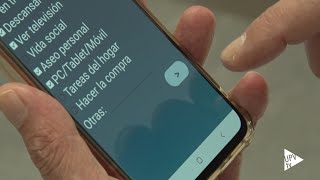 APP Lalaby for continuous monitoring of the quality of life of cancer patients. 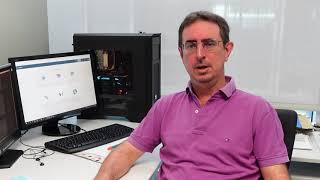